Typhoon Songda is one of the most severe tropical cyclone found in the North West Pacific Ocean. On Oct 14th, 2016, the remnants of this powerful cyclone swept through the North West causing a disaster. Heavy storms and gusts traveling at 80mph caused an alarming situation and fear across the entire region.

Damage caused
Debris was flying everywhere. Power lines toppled and people were without power for two days. Trees kept falling over and causing damage to property. The heavy rain walloped the entire North Western regions. According to Fire and Rescue teams in Portland, the Peak gusts occurred between 10 a.m. and 4 p.m. Residents were asked to stay at homes and not roam in public. Parks, zoos and other places of public entertainment were closed as a precaution to keep people safe. 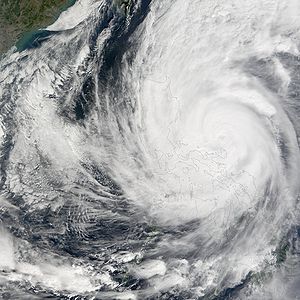 Earlier on October 3rd, there was a tropical disturbance in the west-southwest of Hawaii. Typhoon Songda entered into resurgence by October 11th.

Though there were mass panic and havoc created, the storm intensity was much less than predicted. Morgan Palmer who is a KIRO 7 Meteorologist stated that the reason for this low intensity was probably due to the fact that low pressure didn’t deepen while it was expected to.

Till now the worst calamities were reported in West Seattle when a tree fell and injured a young boy aged 4 and his father, 40 teenagers and six adults became stranded at an outdoor camp, two businesses were destroyed and one home was rendered uninhabitable.

However prepared you are for a natural calamity; it will leave you confused and distressed. Once you get a warning or alert, it’s best if you store emergency utilities to keep safe and sound. The Forecasts predicted a heavy aftereffect, however, this time, the dangers were lesser than expected. This proves that Nature is very unpredictable.

Read also – Is Air Safe Enough To Breathe Or Not Today?