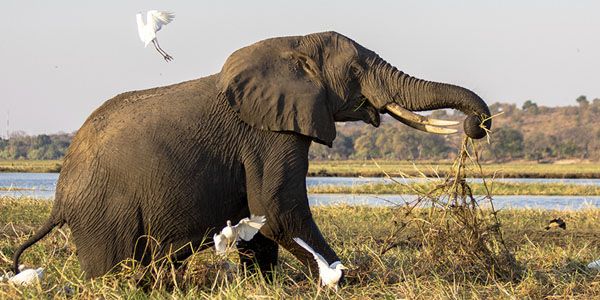 If the horrendous facts are to be believed, Kenya has been a literal killing field these past few years. According to a recent study conducted by a foreign university ruthless and greedy poachers have killed at least 100,000 African elephants from the year 2010 to 2012. Their main target is the valuable ivory that these poor creatures possess. Ivory is pretty expensive and is still in wide demand in Asian markets.

But Kenya is now sending out a very powerful and evocative message: We want our elephants alive, not dead. In what many believe to be a very significant move, Kenyan Wildlife authorities burned more than 105 tons of elephant and rhino tusks. It would take over 5000 dead animals to produce this much of ivory. The number is indicative of the potentially strong market these items still enjoy.

In effect, Kenya has burned around $150 million worth of ivory. Kenya expects the world to notice this event. In a very poignant message, Kenyan officials have reiterated that they prefer their animals alive. Tourism in Kenya has centered on its many National parks and wildlife sanctuaries. Such mass killings have put many hapless creatures on the road to permanent extinction.