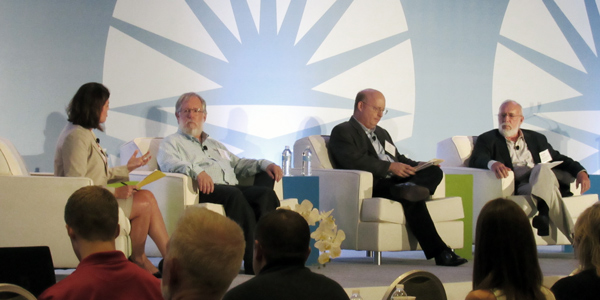 At the recent Carbon Pricing Leadership Coalition (CLPC) meeting, some of the world’s most powerful leaders have shown solidarity by jointly calling for an expansion in the coverage of carbon pricing. This move could be quite significant as it aims at building 25% coverage within the next 4 years. The move aims at getting the top polluters of the environment to answer for their actions and literally pay the price for increased carbon emissions.

The CLPC was officially launched at the COP21 that was held in Paris in 2014. The CLPC has more than 20 national and state governments, along with non-profit organizations and other global agencies. On October 19th2015, The Carbon Pricing Panel was begun by World Bank President Jim Yong Kim and IMF Managing Director Christine Lagarde along with the steady and unwavering support of various heads of state and global leaders in the business sector.

This international consortium boasts of some of the most powerful names in recent times. Some of the most famous ones are:
· The Prime Ministers of Canada and Ethiopia
· The Presidents of France, Chile and Mexico
· The Chancellor of Germany,
· World Bank Group President,
· IMF Managing Director, etc.

All these world leaders have unanimously called for a better global cooperation aimed at completely stopping carbon emissions that is one of the known and most significant factors contributing towards the Greenhouse effect. If the major carbon emitters in the world started levying carbon charges it would in effect reduce global emissions by over 10%. Many environmentalists feel this could be a major step towards a healthier planet.

The CLPC have already released A Vision Statement which it feels will assume paramount importance in the coming months. This 3-step program aims to increase the level of participation and cooperation between the countries of the world, thereby uniting in the efforts to put a price on carbon emissions.